Home » About Us » Stephen Gordon 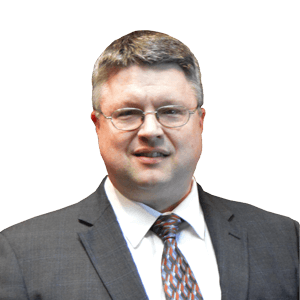 Stephen Gordon grew up immersed in the family law practice.  As a young man, Stephen assisted his father with his personal injury cases.  Through this, Stephen developed a love for finding answers for clients.

In 1990, Stephen graduated from East Texas Baptist University with a Bachelors in Science.  He completed his MBA at Millsaps College in Jackson, Mississippi in 1994.  By 1997, he also earned a law degree from Mississippi College School of Law.

In 1997, Stephen was admitted to the practice of law and officially joined the family practice.

As a partner at Gordon & Gordon, Stephen handles personal injury cases from both the Shreveport and Mansfield offices of Gordon & Gordon.  By initiating and leading the transition of Gordon & Gordon to a digital practice, Stephen can assist clients from virtually anywhere, making him accessible regardless of distance or a client’s lack of mobility.

Stephen’s primary goal is attaining justice for his clients.  Stephen understands the importance of his job: meeting critical needs at a critical moment.  He has helped hundreds of clients negotiate the maze of medical bills, lost transportation, and lost wages.

Stephen is not content to rest on past accomplishments.  He knows that Gordon & Gordon must always deliver quality representation to maintain its reputation.  Stephen has said, “We are local, and often people trust us with their case because we did a good job for a friend or family member. This is a legacy built on hard and successful work, and one that I benefit from, but must also contribute to daily. I feel the weight of this responsibility in all I do for my clients.”

Stephen enjoys the camaraderie of working with his brother Daniel Gordon. By working as a team to solve problems, Gordon & Gordon offers creative and solid results.

When not working, Stephen enjoys spending time with his wife of over 20 years, Sheralyn Gordon, and their 4 boys – Timothy, Matthew, Thomas and Andrew. Describing his boys as a “competitive, smart, and fun-loving bunch”, Stephen loves watching the kids play sports and partaking in family game nights.